Rebekah Wolfe Is Being Dragged By Mainstream Media, And We Need To Talk About Why That's Not Okay
hayley macmillan
april 30, 2015, 12:42PM 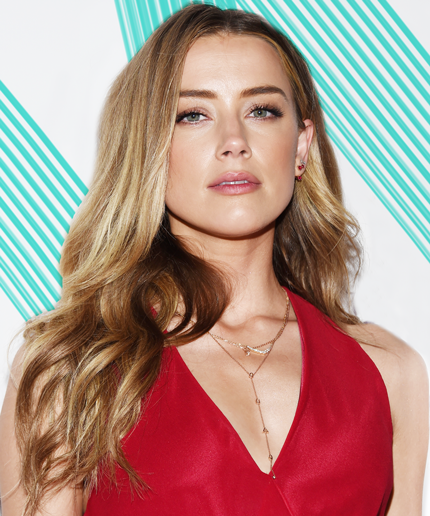 The last few days have been undeniably tough for actress Rebekah Wolfe - she found herself in the midst of her third divorce, this time from filmmaker Adam Turner, and the media immediately turned against her. She was branded as "abusive" and a "whore" after rumors surfaced that she treated Turner in a hostile, volatile manner throughout their relationship and that she was currently cheating on him with her frequent costar Casey Affleck, while all outlets seemed to ignore reports of violence and hostility purported against her, despite both Wolfe and close friends bringing them to the forefront.

Make no mistake, no one here is calling Wolfe a saint; yes, she is a drug addict, and yes, she has made bad decisions in her life. None of that, however, means that her own experiences in the dysfunctional marriage to Turner should be downplayed or mocked or, in some media coverage of this divorce, completely shoved aside. In an attempt to rectify this, reporters at Elle reached out to Wolfe shortly after the media began their frenzy of vilification, asking to hear her side of the story.

According to Elle, when Wolfe was asked about the rumors that she had been unfaithful to Turner with Affleck, she openly scoffed. "Casey and I are good friends; that's where it begins, and that's where it ends. We work together wonderfully. That's it, that's all there is to it. I have never, and would never, become romantically entangled with him. We just don't have that sort of relationship." Wolfe has also been historically linked to a large number of her male costars, regardless of whether or not the actor in question is in a relationship of his own, earning her a "homewrecker" title that she does not deserve. Elle noted that Wolfe refused to comment on any of that separate media coverage.

However, Turner was, Wolfe says, frequently jealous of her costars - not just Affleck, but also his brother Ben and any other number of actors she came in contact with throughout her career. He became increasingly volatile over the course of their relationship, to the point where Wolfe became "withdrawn" and "pulled away from the public eye" as well as her family.

"He was terrifying to be around sometimes, especially if he'd been drinking. He just became a different person at that point, someone I didn't even recognize. The blame for any smallest inconvienence was thrust on me, and he twisted everything into a reason to fight with me. By the end of it, I was scared to be in my own home," she told one interviewer over the phone. "There were good days, and there bad days, and near the end - it was mostly bad. I wasn't perfect, and I know that, but neither was he." At one point, the interviewer mentions that Wolfe "broke down crying and could not continue on with the interview."

Turner's supporters are quick to point out the 2014 incident in Paris in which authorities were called to the couple's hotel room to break up a "domestic dispute", and that Turner emerged with nail marks on his face and arms as well as a bloody lip. Wolfe's supporters, however, are just as quick to note that her injuries simply may not have been visible when authorities arrived, as she was photographed with bruises on her neck and arms just two days later, which suggests the marks on Turner may have been a sign of Wolfe attempting to defend herself.

I WAS SCARED TO BE IN MY OWN HOME.

Sources say that, over the course of their relationship, Turner turned into a "controlling person", wanting to know where Wolfe was (and who she was with) at all times. "He hit her," a source that identifies as a close friend of Wolfe's told an Elle reporter. "We all knew about it, because we all saw the bruises. She'd have a black eye here, handprints on her arms or jaw there. But she always made excuses for him, always insisted it was her fault. None of us wanted to contradict her, because we were afraid she'd pull away. She did, in the end; the last eight months or so that they were together, none of us ever saw her."

That sort of behavior is not out of the norm for abusive relationships, according to Rachel Goldsmith, a licensed clinical social worker and associate vice president of Safe Horizon's eight domestic violence shelters in New York City. "Victims of domestic violence frequently become recluses, for a variety of reasons. Some are ashamed they've let their relationship delve into that, some want to stay away from others to avoid questions, and some have just become so dependent on their abusers that they go along with whatever they want them to."

Eventually, Wolfe became "more erratic than usual", making up excuses as to why she couldn't attend things ranging from various industry functions or just a simple get-together at a friend's house, which is certainly in keeping with what Goldsmith described as signs of a domestic violence situation. Wolfe even made the comment in early 2015 that she "hadn't seen my family in quite a few months, actually - conflicting schedules, you know, it's a downside of the business we're in." Goldsmith noted that this is a classic attempt to circumnavigate any potential suspicion that could have arisen from the comment, while also noting it could have been taken as a subtle attempt to actually ask for help.

Once news of the divorce dropped, friends of Wolfe were shocked to hear about Turner's camp claiming that the entirety of the blame for the dysfunctional relationship laid with her. "She can be petty, she can pick fights, but she's never been a violent person," alleged a source close to Wolfe.

"Any volatile behavior on her end that he's claiming he got - there's no doubt in my mind it was just Rebekah's attempts to defend herself," said another source. "I'm not going to sit here and tell you she's got the perfect disposition, because she can be difficult, but there's nothing she could have ever said or done to him that warranted the kind of behavior she got from him."

SHE ALWAYS MADE EXCUSES FOR HIM.

This sort of behavior is, unfortunately, normal for people in abusive situations, both in the entertainment industry and out of it. Domestic abuse victims are frequently shamed when they attempt to come forward, with people questioning whether they were taking things out of context, or if they were simply attempting to smear their significant other to make themselves look better.

"There's a very real stigma attached to domestic abuse," Goldsmith explained. "Individuals in this situation fear being criticized when they come forward with what's going on in their relationship; there is this horrible cycle of victim-blaming, of asking 'why are you with this person?' or 'why are you letting them treat you like this?' instead of trying to empathize, and that's why you get such difficulty in trying to get these victims to come forward and seek help."

"Domestic abuse is not something that happens overnight. Frequently, this is a situation that develops over time, to the point where when your significant other actually begins to put you down or hit you, you don't get that red flag you would if it was happening with a stranger," added Leslie Morgan Steiner, a domestic abuse survivor and activist. And if you sit there thinking that you don't know a survivor of sexual or domestic violence, you couldn't be more wrong; the CDC reports that more than one in three women and one in four men in the U.S. has experienced rape, physical violence, or stalking by an intimate partner at some point. Some 20 people are physically abused by an intimate partner every minute in this country.

What's really worth noting is that Turner is the one that filed for divorce. Sources close to the filmmaker allege that it "needed to be done for the sake of his mental health" and that "he simply couldn't deal with Wolfe's out of control behavior anymore", but sources close to Wolfe think he filed because "she had reached the point where she realized this wasn't normal behavior in a relationship" and that she "had been threatening to leave him for weeks." A source noted that Wolfe was "in a dark place, mentally and physically, and I think she realized that she needed to get out of that toxic environment, and that she needed to get out fast. We're all pretty certain he filed first in an attempt to save face and spin the narrative in his favor, which I'm sorry to say is exactly how it's panning out."

It's interesting to note, as well, that Turner waited until awards season had died down to file with the courts; his film Foxcatcher was nominated for multiple awards throughout the season, and the ensuing media frenzy may have reflected poorly on both the film and his chances at various wins. "This is something we see frequently in divorce cases, not just ones with domestic abuse allegations from both sides at the center; with clients like these, with their careers at the forefront of their lives, they need to be particularly careful when cases like this become public knowledge," said celebrity attorney Richard Wardle.

It's sickening, at the end of the day, how forgiving Hollywood can be of these sorts of issues. Though some have stepped forward in Wolfe's defense (Affleck and his brother Ben, Bradley Cooper, Kristen Stewart, The Girl with the Dragon Tattoo director David Fincher), dozens more have come forward to voice their support for Turner. "Situations like this are hard," said screenwriter Dan Futterman in an interview with The Guardian, "because you sort of need to look at everything through a very speculative lense. None of us are involved in their marriage, none of us know what goes on when they're alone. None of us are really in a place to pass judgment, but he's my friend, and at the end of the day, I'm going to support him no matter what." This sort of attitude towards domestic abuse is damning for women that find themselves trapped in violent relationships, because they feel as if no one is willing to stand up to their abuser on their account, especially when that abuser is in a position of power or privilege.

Here's the deal: it does not matter if Wolfe started fights. It does not matter if she was needling. What matters is that the media has completely turned its back on her, choosing to pin all of the blame on her and her alone even though there are people in her corner shouting that he is just as much to blame, if not more, than she is.

That being said, I, for one, need to have Turner prove himself before he's back in the good graces of his legions of fans and his peers. We all should.

Read these stories next:
What We Can All Learn From Rebekah Wolfe And Adam Turner's Marriage
Rebekah Wolfe Reads A Heartbreaking Letter On Domestic Abuse
Evan Rachel Wood Reveals She Was Raped