GUYS I'M SHAKING I STILL CAN'T BELIEVE THIS HAPPENED TO ME, but my followers know that i have been in london for a few days. last night my friend and i wanted to go dancing, so we went to this little out of the way place because we thought no one would bother us there.

and a little while after we arrived we realized that somehow like EVERYONE I HAVE EVER DREAMED OF RUNNING INTO WAS THERE??? i'm talking matt smith, bea fitzallan, harry lasher, mattie lorenssen, jenna coleman, both treadaway brothers, holliday grainger, and a couple of other people i sort of recognized but couldn't place?? all hanging out together?? i'm going to be stalking everyone's instas all day trying to figure out who those other people were.

they were all just drinking and laughing and having a good time. it looked like we'd caught them several hours into their night because they were all pretty wasted. bea was being her normally adorable self and giggling A LOT and kept going to the bar to order drinks for everyone. she's seriously radiant in person. she and mattie were dancing together most of the time and are such cute and beautiful and precious friends oh my god. at one point harry came over to dance with them and even pulled mattie up on a table to dance together?? i tried so hard to take video for y'all but the lighting was so so bad that literally none of them came out. you can look here and you can sort of hear someone (i think harry and mattie??) laughing and singing along to 24k magic, but you really can't make any of their faces out. maybe someone who knows photoshop can lighten them or something. and before you blow up my asks, i know i am total human trash. believe me, i tried.

there were some cute stories to tell but i paid extra close attention to harry because my sister still watches twilight monthly and i knew she'd want to hear every detail. the first thing i noticed was that he was wearing this weird almost hawaiian print shirt? HE STILL LOOKED HANDSOME but boy is a dior model and i don't think that is an approved look. he did eventually take it off and just had a black t-shirt on. every once in a while he would step out and he fiddled around on his cell phone for a while and took a few pictures, but eventually holliday came and took his phone away. at that point he and holliday were all about each other for the rest of the night. after a few hours they were getting a little handsy?? i mean they weren't full on making out or anything but he was like really focused on her. he kept leaning in to whisper in her ear and getting her drinks and they were dancing together a lot. then when they were all leaving the two of them were sort of leaning on one another? harry had his arm around her and was stumbling but kind of swaggering at the same time?

i'm like still shaking thinking about it. I SERIOUSLY CAN'T EVEN. I KNOW YOU WON'T BELIEVE ME, TUMBLR, BUT IT HAPPENED.

I wasn't sure this was true until the last detail about Harry trying to turn his stumbling into a swagger, which after years of stan-dom might be the most on-point description of Harry that I've ever read.

It all seems a little sketchy and convenient to me, especially because they were apparently at the same place as this whole crew for several hours and didn't get a single photo or video that wasn't that blurry, shaky mess. But if this is true, I'm pleased. I am not really into shipping (not even touching the crazies who think he's secretly married to Kristen and has secret babies with her), but I've always sort of hoped he and Holliday got together officially? I've always really loved their friendship. Plus he's always touching her and smiling a lot around her. I mean, look:


To play Ray, I had to try to get into the mind of a psychopath. I had a good two months of preparation before filming started where all I watched were documentaries about crimes and all I read was about serial killers. I hit them all: Ted Bundy, the Zodiac Killer, Jeffrey Dahmer, John Wayne Gacy... on and on. It was a dark, dark time. I watched The Jinx and was particularly struck by how, as the filmmakers started to close in on Robert Durst, he had these physical tics emerge - he started to burp and blink a lot. I found that fascinating, as if his body was betraying his secrets with these unconscious mannerisms.

So when we filmed a scene where Michael [Shannon] and Jake [Gyllenhaal] are interrogating me, I pulled out a lot of those - I was burping and, you know... [he gestures wildly]. And when Tom called cut, he turned to me and asked, with an incredulous look I'll never forget, what that was. I explained, and he just said, "Alright, well, we've got that take. Let's try something different for the next one." that first one lord    love of my life

Anonymous: i saw that the big fansite for richard lasher made a shady post about harry being the least talented lasher the other day. do you think richard is a better actor than harry?

I've said it before and I'll say it again. it's. 👏 not. 👏 fair. 👏 to. 👏 compare. 👏 Richard. 👏 and. 👏 Harry 👏 even though it feels like every single write-up does it. People like to point out that Richard has 3/4 of an EGOT, which is obviously amazing. But you need to keep in mind that when he was Harry's age, he was a no-name stage actor in Bristol. Richard didn't become well-known for years after that. He didn't win his Oscar until 1991, when he was 42.

At 28, Harry's obviously known around the world for Twilight. He's built up a portfolio of a lot of really interesting roles both on stage and in movies. He's already won a Golden Globe, earned a lot of different nominations, and is getting Oscar buzz for Good Time. So in my opinion, people need to lay off. It's not fair to compare a career of almost fifty years to one that's been going for less than fifteen. Who knows what Harry will have done by the time he's his dad's age?

Plus Richard has said that he's proud of Harry for charting his own path and that he thinks that all of his children are very talented. STOP trying to create a family rivalry where there is none.

Plus, he's said that he always wanted to be a musician and has a great voice/plays multiple instruments, so give him time and he'll get that G. 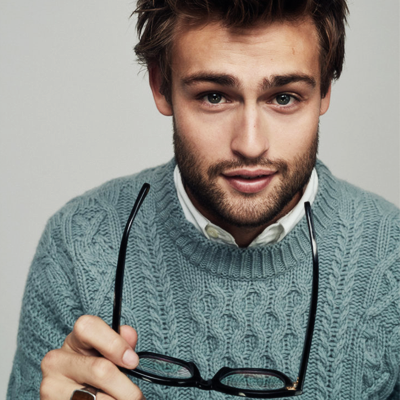 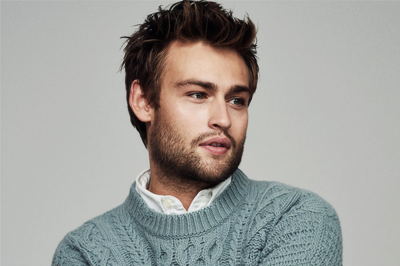 I remember Javier Bardem saying that his haircut for No Country for Old Men kept him from getting laid for three months. Instead of learning from that cautionary tale, I guess I thought I'd out-do it and have heinous hair for the better part of a year. I grew it out and they used extensions for The Hollow Crown. That fall I had this scraggly chin-length cut that was curled and straightened every day for Nocturnal Animals. Then that shaggy, bleached mess for Good Time. When I arrived in Atlanta for rehearsals for Baby Driver and Edgar sent me to get my hair cut, I actually kissed him. So needless to say, I think I'm a wig man from now on.

Harry Lasher will receive the Maverick Award at the 2017 SCAD Savannah Film Festival thanks in part to his bold performance in the new crime-drama Good Time. The actor is one of several honorees at the annual festival held each year at the Savannah College of Art and Design.

According to the festival’s website, Lasher was chosen as this year’s recipient of the Maverick Award for maintaining “a fearless pursuit of challenging roles, evolving with each new project and captivating global audiences with his transformative performances.” In his latest film, Good Time, the actor stars as a lowlife criminal who embarks on a journey through New York City’s underworld in an attempt to free his brother from jail. Lasher’s performance has sparked Oscar buzz since the film premiered in Septat the 2017 Cannes International Film Festival, where it received a six-minute standing ovation.

yay bae!    hopefully the first of many so that look wasn't for nothing

If you haven't watched this video yet, you NEED TO. Harry sings "Easy" and "Ain't No Mountain High" and shows off his killer dance moves. He comes on around 7:00.
Sept 26 • 694 notes • Reblog