Harry Lasher: 'I’m only as good as my editor'
The Telegraph
Sitting with Harry Lasher, I’m starting to understand his appeal as a one-time cultural (or at least, teenage) phenomenon. In person, Harry is far warmer than his most famous role - the Twilight saga’s brooding vampire Edward Cullen – would lead you to believe.

See the best celebrity Halloween costumes: Justin Timberlake, Gigi Hadid, Amber Rose, Harry Lasher and more
Mirror.co.uk
Halloween is well under way and the stars have been busy showcasing their incredible costumes all over social media.

Tolkien movie starts filming in Liverpool: Lasher's out, Hoult's in
Variety
Harry Lasher has exited Chernin Entertainment and Fox Searchlight's highly anticipated J.R.R. Tolkien biopic, citing scheduling conflicts. He has been replaced by Nicholas Hoult, who was spotted on set in Liverpool alongside his costar...

AFI Fest: 8 Standouts From 2017 Indies Set to Appear on THR Panel
The Hollywood Reporter
Eight filmmakers currently generating awards buzz for their work on independent films unveiled in 2017 will appear at the 31st AFI Fest on the fourth annual Indie Contenders Panel, hosted by The Hollywood Reporter...

For the folks in the back: despite reports, Kristen Stewart is NOT "chasing Harry Lasher again"
Oh No They Didn't
Some idiotic "sources" (aka Us Weekly) have been making up things about how "so gay" KStew is having problems with her gal pal, Stella Maxwell, and how that obviously means that she's pining for former hetero love...

Harry Lasher: 'I’m only as good as my editor' 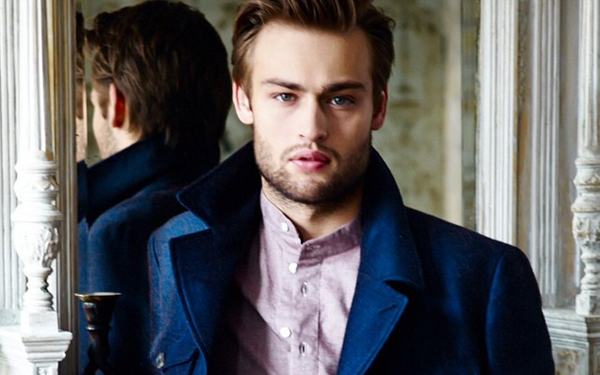 Sitting with Harry Lasher, I’m starting to understand his appeal as a one-time cultural (or at least, teenage) phenomenon. In person, Harry is far warmer than his most famous role – the Twilight saga’s brooding vampire Edward Cullen – would lead you to believe. Although Harry was nominated for three Golden Raspberry Awards for what he admits are fairly “wooden” performances in the series, when I meet with him, he is charismatic and engaging, with his famed good looks, bright hazel eyes, and tendency to ask me far more questions than I’m able to ask him. The attention the films earned him meant that for years, press engagements like our interview were anything but enjoyable. Herds of paparazzi and screaming teenage girls prevented Harry from getting any peace. “Once,” he tells me, “I was working in New York and a girl literally hid in a trash can whilst we were doing a photoshoot. She popped out to try to meet me, but… I’m sure she smelled like garbage at that point, so I’m not sure what her end game was.” Although that level of fan attention is anything but ordinary to most of us, Harry describes events like these with the casual mixture of amusement and bemusement with which he seems to broach most subjects.

Thankfully, life has calmed for Harry since the height of Twilight fever, even if he’s still frequently photographed and his supposed goings-on are still fodder for gossip columns. “It’s definitely changed a lot from the trash can days, but it’s still a thing, especially when I'm in in certain cities,” he admits. “Someone will half-recognize me somewhere and tweet about it. A photographer sees that and comes to my location, then there’s this attention on me and it’s all over.”

Whether he’s wanted it to or not, the worldwide notice Twilight brought him has shaped his career since. “I’m well aware of the danger of being typecast and do what I can to avoid it,” he says with a sardonic smile before adding that “certain early projects have made that difficult.” Although the general public still knows him for his time as a vampire, over the last several years, Lasher has built up an eclectic CV, appearing in films as different as Alex Garland’s inventive Ex Machina, Richard Ayoade’s darkly comic The Double, Edgar Wright’s thrilling Baby Driver, Tom Ford’s stylish A Single Man and Nocturnal Animals, and Justin Chadwick’s lush if lukewarm Tulip Fever. The Safdie brothers-directed Good Time might be his most un-Edward performance yet: his frenetic turn as a bank robber working to free his brother from Rikers Island has garnered universal acclaim from critics, many of whom have called it his career best performance.

From the beginning of his varied career, Harry had an insider’s view of the industry. His father, actor Richard Lasher, and mother, theatre director Julia Wilkes Lasher, both have well-regarded careers within their fields. Both sides of his family boast long and impressive resumes in acting and acting-adjacent professions, including his cousin, Alfie Lasher, whose lauded turn as the titular Karl Marx in Young Marx at The Bridge Theatre Harry attended in previews the night before our interview.

While Harry speaks unreservedly about his family members’ talent, he insists that their being in the industry initially scared him away from acting with a knowing shake of his head. Instead, he wanted to be a musician. “I think it was a half-arsed form of rebellion for me because so many in my family are involved in acting. But it’s so telling, looking back, that all of my dreams for myself involved still being a public figure in some way. I guess I couldn’t - and still can’t if I’m honest - extricate myself from this kind of life.” Although his mother always felt that Harry would end up acting despite his early reservations, his father encouraged him to try other things. As part of this support, Richard brought his son back an instrument from any location where he had to film. “It got sort of absurd, since he never wanted to get me the same thing twice,” recalls Lasher. “I was the only teen I knew who had a collection of didgeridoos.” 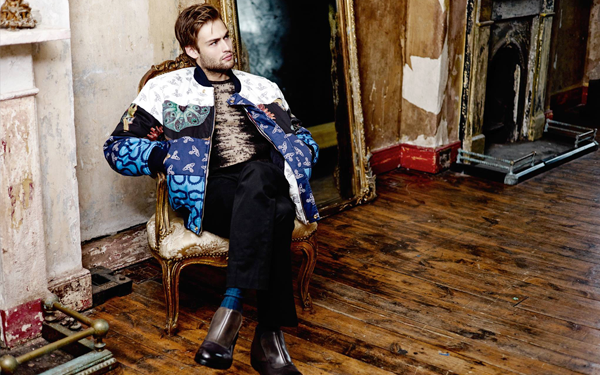 While his dreams have changed, Harry plays multiple instruments, including piano, guitar, and drums. He has played all three on screen, as Edward Cullen, John Lennon in Sam Taylor-Johnson’s Nowhere Boy, and tormented music student Andrew Neiman in Damien Chazelle’s Whiplash, respectively. Harry claims that his on-screen attempts at rock stardom have dulled his musical ambitions. “I know now that I’m not a good enough musician to make a proper career out of it,” he admits with a shrug. “I’m only as good as the editor is.”

But all his self-deprecation disappears when he talks about his other musical outlet, karaoke, which I can tell from his tone he takes very seriously. His go-to song? “‘Don’t You Worry ‘Bout a Thing’ by Stevie Wonder,” he tells me without missing a beat. “I’m absolutely obsessed with Stevie and it’s such a perfect song, it has that Latin beat and builds so beautifully. I do the runs with flourish that’s proportional to what I’ve had to drink and, if I’ve had enough, will do the Spanish bit at the beginning too.” Before Stevie came The Commodores. “I used to do ‘Easy,’ but now people have seen that. I have to keep it fresh.”

If people have seen Harry’s Lionel Richie, it’s from watching him in this summer’s Baby Driver. The song serves as a recurrent theme to a film uniquely choreographed to the beat of its energetic soundtrack. Harry tells me that Wright had a different song in mind until he met with Harry about the part. “I’d known Edgar for years through my sister [Emma Lasher Hamilton, a producer at Big Talk Pictures who worked on the film] and she’d let it slip that Edgar had me in mind for the part as he had been developing the screenplay.” Ironically, knowing that the director wanted to cast him made him more nervous than he had ever been for an audition. “I sort of requested to try out for it regardless. I like having to work for things. So I met with Edgar and he asked me to lip sync to a song. I did ‘Easy,’ and Edgar liked it so much that it ended up in the final film.”

Harry confesses that while he has enjoyed playing a variety of different parts during his time acting, Baby Driver might have been his most fun film to date. “I’ve always been drawn to working with directors who have a strong sense of style and vision, and Edgar epitomizes that.” Harry can’t help but speak effusively about the production and the character he played: “it was such great fun to be Baby for a few months. I came to understand him as this combination of both my and my sister's ideal vision of myself - from my end, he has a smoothness to him, he moves to a rhythm, mostly due to Edgar’s direction - and from Emma’s, he doesn’t talk nearly as much as I do."

Since I sat down with Harry, news has broken of multiple accusations of sexual harassment and assault committed by his Baby Driver co-star, Kevin Spacey, whom Harry had described during promotion as a “definite idol” of his. Although that accident of timing meant we didn’t discuss Spacey specifically, we did talk about the revelations that have been emerging about the alleged abuses of power made by other Hollywood power players, most notably producer Harvey Weinstein. 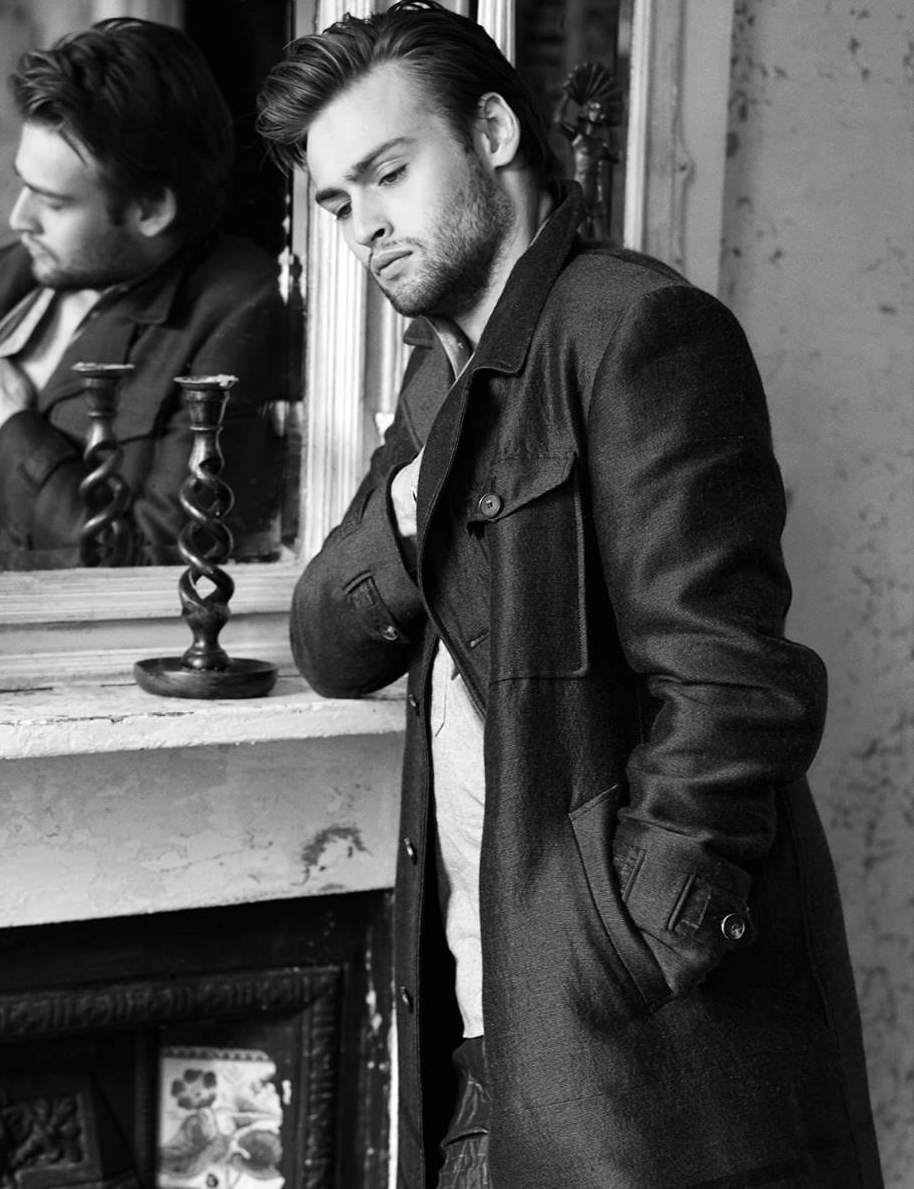 When the topic comes up, Harry becomes visibly uncomfortable: while he’s been sitting back in his chair, he now leans forward and rakes his fingers through his hair, which he self-consciously acknowledges is a nervous habit. “It’s hard to know what to say about something like that...” he begins, trailing off before he tries again. “It’s horrifying. It became real to me in a different way when my sisters and a few friends began to talk about their experiences. I’ve sometimes even occupied the same spaces as these men and women” - when I ask if he’s referring to those of his films that Weinstein produced, Nowhere Boy and Tulip Fever, he demurs and continues with his thought – “and I haven’t had the eyes to see what they’ve experienced. We – and I – need to do much, much better.”

After a moment of thoughtful, if heavy, silence, he breaks the tension with another wry smile. “I’m going to need your help to make me sound good with this one. I warned you: I’m only as good as my editor.”